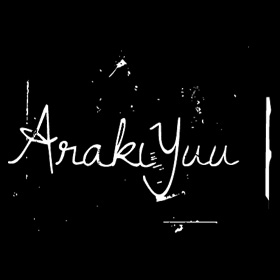 Araki Yuu brand has been founded by himself at 2013 with his principle to make clothes entirely by hand on all processes by himself going back to the origin of making clothes in glorious old days. After he had studied in a Japanese fashion collage and then had internship experiences at some Japanese fashion-houses, he had learned and trained more precisely how to make clothes in both physical sewing factory and production factory in Japan.

A few years later after those experiences, Yuu just launched to make a shirts for himself with skills from his background at the beginning, and then he has prepared full clothing collection including Jacket, Coat and Trousers now a days.

Yuu doesn't hold up defined season’s concept at each seasons so far, and he’s been making clothes piece by piece, using mainly his exclusive fabrics created by collaborations with a few Japanese historical textile mills which has been running over at least century as well as focusing on entire details like hand-dyeing, pattern-making, sewing technique and careful selection of the attachments, by entirely hand-making with both scrupulous attention to details and cherishing brand identity and philosophy.